Top Gun: Maverick is not just the first time a Tom Cruise film brought in more than $100 million on opening weekend—it made nearly a quarter of a billion dollars, wildly surpassing expectations and records set by superhero blockbusters The Batman and most recently Doctor Strange in the Multiverse of Madness. These numbers are impressive on their own but in the context of empty theaters after two years of the pandemic, they are truly astonishing.

Making such a hard-won success look effortless is de rigor for costume designer Marlene Stewart, whose credits include Oblivion and Tropic Thunder. She treats the accomplishment with characteristic sincerity. “I have worked with the late Tony Scott before and collaborated with Tom Cruise on several movies, so it also was an honor,” says Stewart.

On this project the magnitude of the original film’s success loomed large. “The challenge was to design another movie and to give it a great look without changing the heart and soul,” Stewart explains. In many ways, that heart and soul was embodied in a particular garment. Tom Cruise in his flight jacket is an image that has resonated ever since the film premiered. Reproducing the jacket was an exercise in precision, investigation, and determination. “It was one of our hardest, most important tasks. It needed to be a jacket made between 1947 and 1949. We had every single element measurement down to the millimeter,” Stewart says. “It is kind of a Frankenjacket, meaning we used elements from around 40 period pieces from several vendors who specialize in sourcing military jackets to create the final piece.”

That attention to detail meant that other costumes had to get a similar amount of attention so that they would all fit in the same heightened reality. “In a testament to Joe Kosinski’s film-making and Tom Cruise as an actor and producer, many of the most exciting scenes are real U.S. Navy pilots flying actual planes, not CG. In this spirit of authenticity, many of the costumes, despite being uniforms, also were custom made.” The results are costumes that leap off the screen as much as the action. This effort was inspired as much by the character as the performer. “Because he is just such an amazing actor and gives it his all, when you’re in his circle you can give nothing less nor would you want to. That experience is definitely like being in that jet with him.” 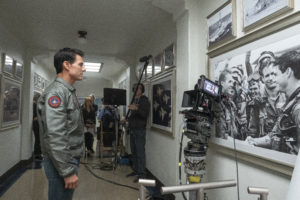 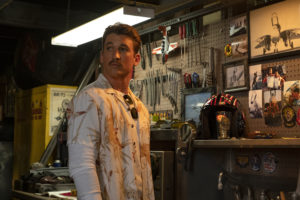 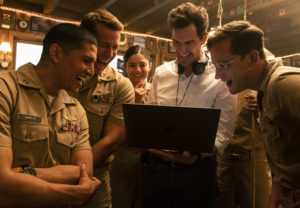 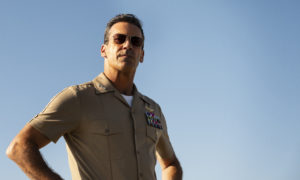 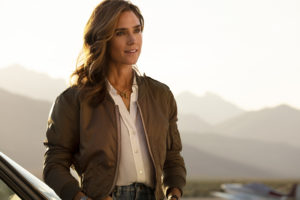 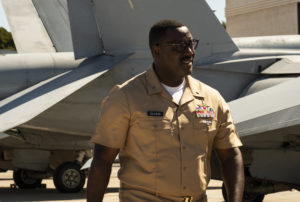 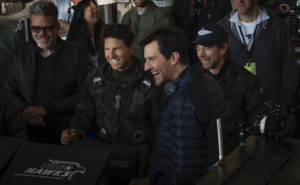 Stewart deals with intense productions and high stakes philosophically, and with characteristic aplomb. “There’s always a lot of pressure on movies and part of this business is learning to navigate that,” she explains. “You’re always a beginner. That’s the main thing—a beginner’s mind. What do I need to learn to navigate this because every director is different, and every movie is different. Nothing is ever the same in life period, but especially in the movie business.”