What do Beyoncé, cowboys, and Godzilla have in common? Other than whopping box office returns, the answer is the distinctive and innovative costumes of Sharen Davis. Her costume design moves seamlessly between genres, from Westerns to science fiction, and every decade of the 20th century. Davis deals in hyperbole like it’s an everyday language. She took Django (Jamie Foxx) from chains and rags to Calvin Candie’s (Leonardo DiCaprio) burgundy suit in a move so brash that the movie itself stops to take a moment and appreciate it. Beyoncé time traveled right into her glittering gowns in Dreamgirls. She took Westworld from cowboys to samurai to the not-too-distant future.

Davis never set out to be a costume designer. Her early childhood was spent in Germany and later in Japan, which would inspire the name of her company, Mochee Designs. “I went to high school in Japan and that was my nickname, mochi, the sweet cakes. Loosely translated.” She had her introduction to costume design as a performer. While singing in Japan, she came up with the costumes for her band, and her career began to fall into place.

Davis attended the Conservatory of the Performing Arts in Santa Maria, California, and studied acting, which would continue to inform her costume design. “Because I was an acting major, I consider each character as if I’m in the role. When I talk to an actor I use their terms, and we take it from there.” This makes for smooth, informative fittings. “I give them a breakdown of what I’m thinking for each point in their development. Take Deena Jones (Beyoncé), who goes from a young, innocent girl to megastar. We had to show that transition. But let’s just be honest, there’s no way to make Beyoncé look dowdy.” The solution? She started her off in more conservative sweater sets, and through the course of the film dressed her more and more boldly until Deena merged into the star Beyoncé had already become.

Working on period pieces suits her for several reasons. First of all, Davis finds it advantageous when working with actors. “When you’re doing a period piece or a musical, actors want to be transformed,” she explains. “This is their big opportunity to portray a character in a film. So, they don’t say, ‘Oh, I only wear Prada.’ That doesn’t happen in a period film.” Her interpretation of period dress is startling, particularly when there are fanciful elements involved. Django Unchained is a prime example. Audiences are familiar with the visual vocabulary of the Western. The cowboy silhouette is ubiquitous, but Davis’ take is always unique, bespoke, and surprisingly new. That’s particularly the case when the script has fantastical elements that draw from a wide range of sources. “I take risks in every period film. There is no real Django. The title is ‘costume designer’ and this is not a biography. People sometimes say, ‘Well, those sunglasses are the wrong period.’ Django is from a real period? Django is a Black cowboy from the 1880s with elements from all over the 1800s but set before the Civil War. He’s a collage. Think of the blue boy costume that Jamie wears.”

Arguably, it is the width and breadth of her work that is the most impressive aspect of her ongoing career. She moves between historical eras with insouciant grace. “I would get bored if I did the same genre over and over,” she explains. “I really like to challenge myself, and I guess that’s really what it is. I really love a new puzzle. So, right after Django Unchained, I designed Godzilla.” Her ability to switch gears isn’t limited to decades. Davis moves effortlessly between film and television, always bringing her heightened aesthetic to the small screen. “I learned a lot by designing Westworld. TV, especially Westworld and Watchmen, moves incredibly fast and furious. They demand so much creativity and individuality. Once you connect with the showrunners you get to run with it and I really love that. It just revived me to work that fast. It made film a little easier.” Despite trading the big screen for the small screen, television proved to be as massive a challenge as any of her other projects. “When I took Westworld, I was seriously thinking about taking a break. I thought, ‘I’ll take this TV show in town. It’s just all this western wear. So I took it and got a look at the scripts—British Raj World and Samurai World? I was like, ‘Oh God. They’re going to do everything. It’s the entirety of costume design rolled into one project.’” 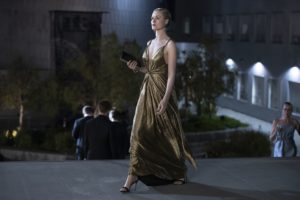 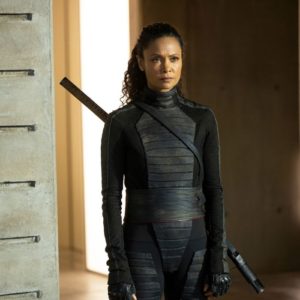 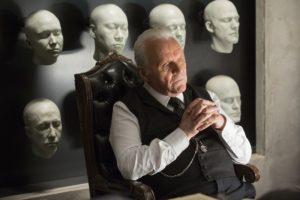 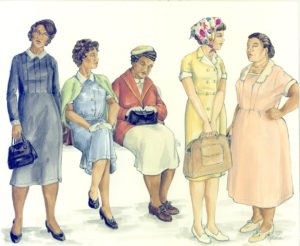 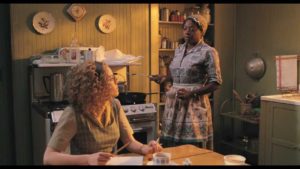 A hectic pace isn’t limited to television, of course, but Davis has taken that to the next level by working on more than one project at the same time. “I’d be on set filming Pursuit of Happyness in San Francisco Saturday through Wednesday, and then fly to Los Angeles to prep Dreamgirls for three days. It was crazy.” How did she maintain such a busy schedule? “I was young,” she laughs. “But I did the same for King Richard and Journal for Jordan. Because of COVID, we pushed King Richard so far that I was still on it when Journal for Jordan was starting. So, for three or four weeks, I was on both shows.” The biopic of Richard Williams, father of tennis champions Venus and Serena, King Richard represents her third collaboration with Will Smith, of whom she says, “I love everything I’ve ever done with him. He’s one of the kindest and most generous human beings.”

At the heart of her process is a collaboration with other filmmakers who share her passion for storytelling. “I just love to be in the same mindset as a director and the actors, so we’re all on the same page. Then I can just go. I love them all. I mean, I love to work with Bill Condon who did Dreamgirls. I love Rian Johnson who did Looper. I loved working with Albert Hughes on Book of Eli and Alpha. I love Tate Taylor who did The Help and Get on Up.” Her strategy is to work as closely with directors as she can and convey their vision for the costumes to the actors in terms that satisfy them all. “They have an overall picture of what they’re seeing. When we are in sync and I come in with my design, they say, ‘Oh my God. That’s exactly what I was thinking.’”

Another example of her approach is her collaboration with Quentin Tarantino. Everything begins with the script, of course. “He does loosely discuss what the people are wearing to give you a starting point,” she explains. Her strategy was to illustrate her ideas and get them in front of the director. “If he really loved it, they had to wear it. If they came in and thought they had a better idea, he would go, ‘Oh, no. I just love this illustration. You need to wear this. I can see this. I really want this in the movie.’ That would be the end of it.” 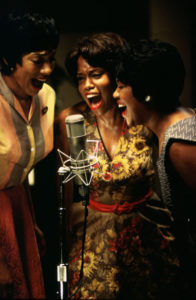 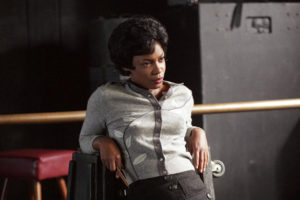 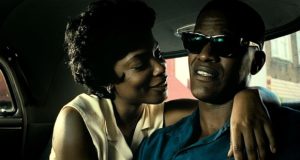 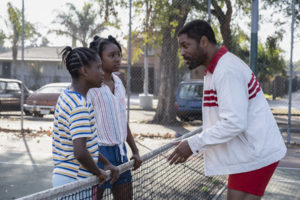 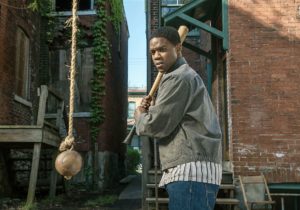 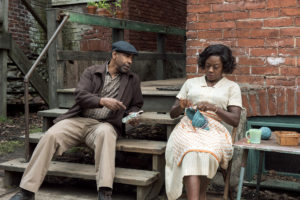 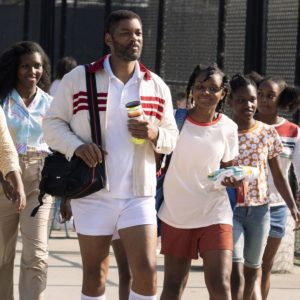 Davis also considers herself fortunate when it comes to her crew. She particularly notes the value of having a good costume supervisor. “I don’t know what I would do without that position. It frees me up to be creative.” She sees maintaining her staff’s morale as one of her chief responsibilities. “It’s very important to me that everybody gets something out of it,” she explains.

Because she approaches costume design from an actor’s perspective, it is not a surprise that Davis forges lasting relationships. Denzel Washington is a longtime collaborator, both as an actor and now as a director on Journal for Jordan. Notably, it was on two projects with Jamie Foxx that Davis received both her Oscar nominations, the first for the Ray Charles biography Ray and the second for Dreamgirls. Davis has garnered two Emmys for Watchmen and Westworld (Season 2), as well as a Costume Designers Guild Award for Excellence in Sci-Fi/Fantasy for the latter. It is her ability to move fluidly between projects as diverse as the 1960s southern world of The Help, to a vision of the future in Looper, or pre-history in Alpha bringing boundless imagination to characters that resonate with audiences. The Costume Designers Guild is proud to honor Sharen Davis with the Career Achievement Award for 2022.