Always pushing her creativity, Arianne Phillips often takes breaks from film to design theater, music videos, and concert tours, as well as styling print work and cover shoots for fashion magazines like Vogue Italia. “It’s kind of a path cleanser,” she explains. “I’ve gone out of my way to work across genres, so I can be choosy with the films I do.” The breadth and scope of her career is astonishing. “One project leads to another, leads to another,” says Phillips. This versatility has not gone unrecognized. She has garnered eight nominations and a win from the Costume Designers Guild Awards, in addition to nominations for three Academy Awards, two BAFTAs, and a Tony. She will be honored at the upcoming Venice Film Festival with the Campari Passion for Film Award, which celebrates important artists who contribute significantly to the success of a film. Phillips also wrote and directed a short fashion film for Prada and styled a brand film for Gucci. She started out styling Lenny Kravitz and collaborated with Madonna for over two decades. She’s quite the superstar herself.

After wrapping the box-office hit, Once Upon a Time in Hollywood, she didn’t think she would take another film next. “Olivia Wilde reached out to me through mutual friends. She wanted to talk about a movie she was directing and acting in called Don’t Worry Darling.” Phillips was familiar with Wilde as an actor and was intrigued by her directorial debut, Booksmart. “She piqued my interest. The script really impressed, surprised, and delighted me.” The two powerhouses met at a restaurant to chat. Wilde shared a sophisticated visual mood board of art references. “From the moment I met her, I felt so excited to work and collaborate with her. It just seemed like the right fit.”

Phillips enthuses about the experience of working with a female director. “It’s a different energy on set. Olivia has very discerning taste and great instincts. She has a wonderful way of making everyone feel seen, and is very generous in the way she invites her collaborators to participate.” Phillips was encouraged to share her insights on character development. “That’s what I love about being a costume designer, to be a part of the filmmaking process, to expand my creativity and imagination. Philosophical discussions with the director are essential for me, especially working with a director for the first time. Olivia really indulged me. She loves to have that conversation. As a high-level communicator and an actor herself, she has a unique way with performers. There was a real sense of ease and trust on set—the space in front of the camera and behind the camera was unified.”

Although the full storyline is top secret until the film premieres, Phillips did share, “It’s a really fun ride! A feminist thriller of sorts, extremely well-crafted in the way it builds and it’s very provocative. The costumes, production design, and cinematography add to that.” The cast, including Olivia Wilde, Florence Pugh, Harry Styles, Gemma Chan, Chris Pine, Kiki Layne, and Nick Kroll brought their own inspiration and ideas to the story. “It’s an embarrassment of riches, having so much great talent on the film.” Working with such an accomplished cast allows Phillips to fully embrace her design philosophy. “My process is to build an inner life for the characters, to create a full-bodied concept of who they are, who they have been, who they were before the story, and who they may be after the story. That’s a part of the make-believe, using your imagination, beyond what you read in the script and even beyond what the director tells you.”

Phillips used color and silhouette as her entry point to create the film’s utopian community set in the late ’50s to early ’60s. “When I design a period film, I always love a mixture of made-to-order and the real thing. Unfortunately, there’s not a lot of originals from this time period that are in great shape.” Shooting during the pandemic proved to be challenging. Not many vendors were open and with borders closed, garments could not be purchased from overseas. “Luckily, we were working at Western Costume Company. Eddie Marks and his assistant Kristen Ann were fantastic. We built many costumes in the workroom. We also had an incredible pattern-maker/fitter Joanne Mills from Local 705 building in-house.” A large portion of Harry’s and Florence’s wardrobes was custom made. For vintage garments, Phillips used rentals, online sources, and vendors who set up racks outside Western’s bungalows. “It looked like a flea market outside,” she laughs. The costume department included assistant costume designers Rudy Mance and Monica Chamberlain, and supervisor Susie Freeman. “Rudy taught me how to use Keynote. The ability to make mood boards digitally gave me a new way to express and create depth of character.” 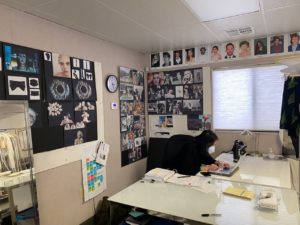 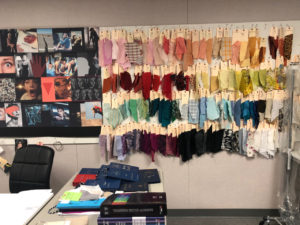 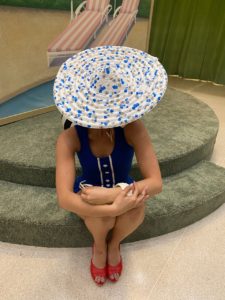 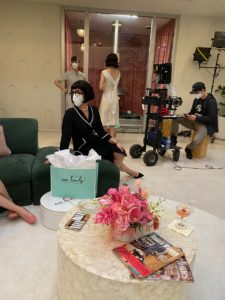 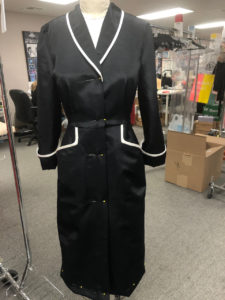 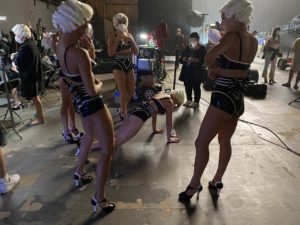 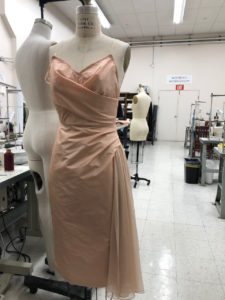 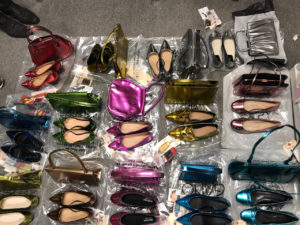 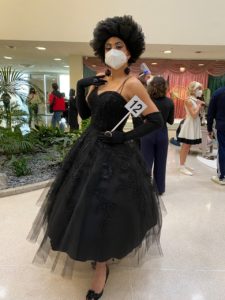 The film was scheduled to go into pre-production on March 15, 2020, the same day lockdown happened. “I was worried that was the end of it.” Fortunately, Don’t Worry Darling was one of the first features to come back after the shutdown, but with strict PPE restrictions. “It was daunting,” says Phillips. “I was meeting Chris Pine for the first time. I knew I’d probably only get two fittings with him and he had a lot of costumes. I want an actor to feel comfortable in the fitting because, let’s face it, we’re the only department that can say, ‘Hi, nice to meet you. We’re going to put some clothes on you. Get naked!’” Phillips decided to meet the actors on Zoom first, so they could connect face-to-face. “We spoke while they were in the comfort of their own homes. I listened to their ideas and we discussed the character before the fitting. I’ll carry that with me as an incredible asset. During Covid we all learned how to communicate remotely. I felt like I got more input than I would have normally. Having this creative connection during such a challenging time was a huge gift.”

True to her passion for working across genres, Phillips is currently back in theater, [She’s American and it’s an American production] designing The Devil Wears Prada reimagined as a musical. The music is composed by Elton John, who is co-producing with his husband, David Furnish/Rocket Entertainment and Kevin McCollum. The show will open on Broadway in spring 2023. 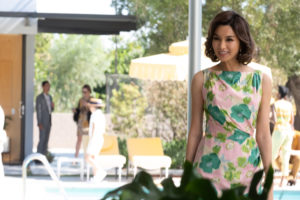 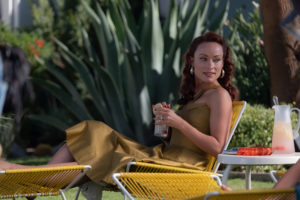 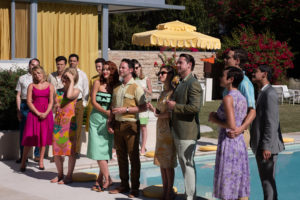